CTM Brings You The Goodwin Project

Available for viewing online and for free: Now and viewable anytime - SCROLL DOWN TO WATCH each show!

The Goodwin Project is a series of four short plays written by the brilliant Idris Goodwin and combined with educational content created by our Goodwin Project Educational Content Team. The purpose is to start tough conversations about race within the households and classrooms of Madison and beyond! It provides families and teachers with a well-designed toolkit to address race in an insightful, groundbreaking, and helpful way. 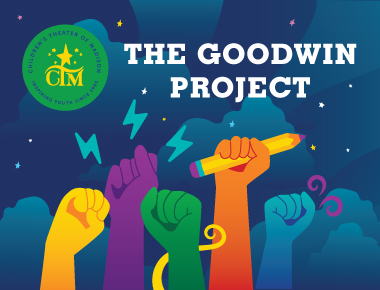 Along with these plays, CTM will showcase #matter (9th grade & up), directed and produced by Cody Spellman and Black Flag (10th grade & up), which was adapted and directed by Sophia Capp.

BONUS CONTENT MADE TO ACCOMPANY EACH PLAY
We are so excited to offer bonus educational content for each show. This includes activities for teachers and parents to do with their kids, a talkback session for all audiences, and study guides exclusively for our teachers.

All plays and educational content of The Goodwin Project are free to the public.

*All Bonus Content is now attached as part of each production video. Also, please see below each Video for the individual content plus study guides.*

**NEW!!! EXCLUSIVE interview with Idris Goodwin, please see below (after the plays)!**

Produced by CTM, Written By Idris Goodwin and Directed by Dana Pellebon.

For audiences age 6 and up – finds a parent trying to find the words to explain to a child why a water gun isn’t simply a toy.
For our official Closed Caption (CC) version of the video please CLICK HERE and make sure the CC button is turned on.

Produced by CTM, Written By Idris Goodwin and Directed by Shasparay Irvin.

For audiences age 9 and up – finds a child and a parent trying to complete a rap for a school presentation.
For our official Closed Caption (CC) version of the video please CLICK HERE and make sure the CC button is turned on.

• NOTHING RHYMES WITH JUNETEENTH TEACHER'S GUIDE

• NOTHING RHYMES WITH JUNETEENTH POWER POINT

• NOTHING RHYMES WITH JUNETEENTH PARENTS' GUIDE

• NOTHING RHYMES WITH JUNETEENTH TALKBACK

• NOTHING RHYMES WITH JUNETEENTH ACTIVITY

For audiences age 14 and up – After a feud on social media, Cole and Kim sit down to discuss the difference in saying "all lives matter" versus "black lives matter", and end up talking about a whole lot more. WATCH NOW!

The show you are about to watch was not created nor produced by CTM. CTM is excited to showcase the work of Cody Spellman, independent director and producer of this production.
WARNING: This show contains explicit language, sexual themes, and depicts underage drinking. Viewer discretion is advised.

For audiences age 14 and up – Deja, a steadfast black student from Detroit, and Sydney, a bubbly white girl from Georgia, are randomly assigned college roommates. These two new dorm-mates are excited to start their freshman year together, that is, until Sydney decides to decorate their room with a little piece of ‘Southern pride.’
WATCH NOW!

The show you are about to watch was not created nor produced by CTM. CTM is excited to showcase the work of Sophia Capp, independent director and film adaptor of this production.
WARNING: This show contains explicit language and sexual themes. Viewer discretion is advised.

NEW!!! EXCLUSIVE INTERVIEW WITH IDRIS GOODWIN
Recommended for ages 12 and up – Join the producer, Laura McMillan, as she interviews the changemaker himself, Idris Goodwin, WATCH NOW

OUR BBIPOC TEAM OF PRODUCERS, ARTISTS AND EDUCATORS
The CTM community celebrates visible and invisible differences in identity, gender expression, age, culture, ethnicity, race, sexual orientation, physical ability, learning style, religion, occupation, nationality, immigration status, socio-economic status, and life experiences that span these differences. With this in mind, a team of talented BBIPOC artists and professionals were assembled to bring these plays to life through the CTM platform.

THESE PLAYS AND ALL THE CONTENT ARE FREE AND POSSIBLE BECAUSE OF OUR SPONSORS AND ALSO BECAUSE OF YOU – KEEP CTM THRIVING, PLEASE DONATE TODAY! 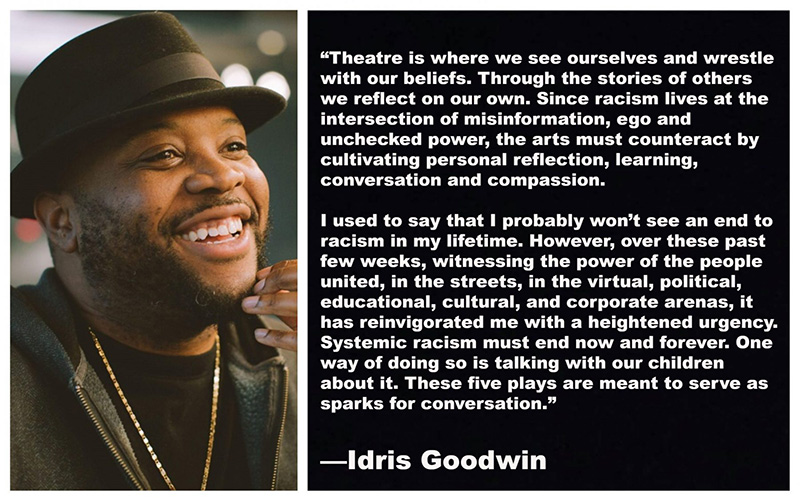 ABOUT IDRIS GOODWIN
Across two decades Idris Goodwin has forged a multi-faceted career as an award-winning playwright, Break Beat poet, director, educator, and organizer. Idris is the newly appointed Director of The Colorado Springs Fine Arts Center at Colorado College.

A catalyst for culture, Goodwin uses his full creative powers to galvanize people to the community square. He is a creative voice for change, impassioned by art for social good.

His critically acclaimed plays like And In This Corner Cassius Clay, How We Got On, and Hype Man: A Break Beat Play are widely produced across the country at professional theatres, college campuses, and non-traditional spaces alike. He’s been honored to receive developmental support from institutions like The Kennedy Center, The Eugene O’Neill Conference, Oregon Shakespeare Festival, Actors Theatre of Louisville, Arena Stage, and The Playwrights’ Center.

In addition to the recently released poetry collection Can I Kick It?, he’s had several publications from Haymarket Books including Inauguration co-written with Nico Wilkinson, Human Highlight: Ode To Dominique Wilkins, and the play This Is Modern Art co-written with Kevin Coval. He’s appeared on HBO Def Poetry, Sesame Street, NPR, BBC Radio, and the Discovery Channel.

Passionate about cultivating new audiences in the arts, Goodwin served two seasons as Producing Artistic Director at StageOne Family Theatre in Louisville, Kentucky. He actively serves on both the advisory boards of Theatre for Young Audiences USA and Children’s Theatre Foundation Association. 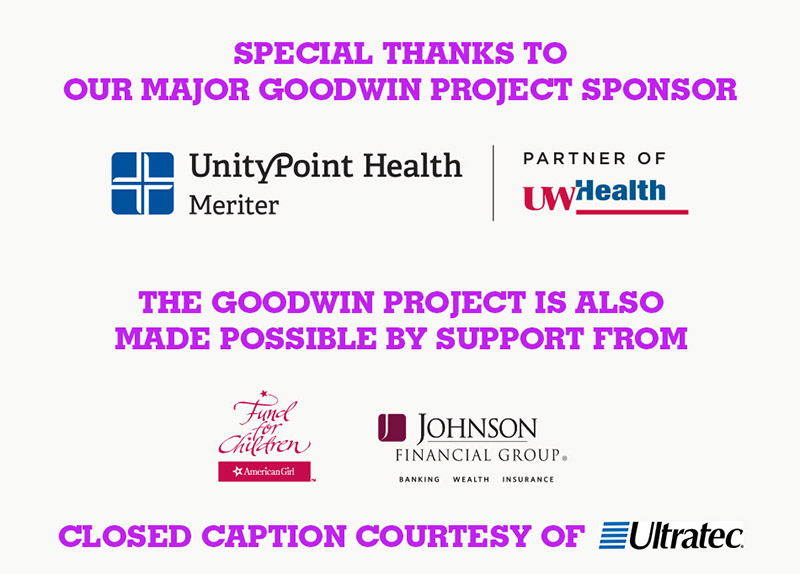